The Law of the Harvest: Memorial of St. Angela Merici

Jonathan Swift once said that vision is the art of seeing what is invisible to others. Saint Angela Merici exemplified that art.

As a child, Angela might well have foreseen a bright future. Born into a middle class family during the Italian Renaissance, Angela and her sister were raised by devoutly Catholic parents who made sure their daughters were well-educated in the faith.

Listening to their father as he read them stories from the lives of the saints, the girls learned that the road to sanctity was no different for them than it was for anyone else, even the earliest Christians who first heard those consoling words in the letter to the Hebrews. The lesson transcends time and space: Those who choose to love Christ and follow Him wherever He leads learn that the road to sanctity always includes the cross.

Angela learned this lesson very well. By the time she was 10, both of her parents had died; by 15, her sister was also gone. Some people might have despaired over these great losses, seeing the absence of God, but Angela did not. The seeds of the faith planted by her parents in those early years and watered by the grace of God had taken root within her as surely as the mustard seed which our Lord spoke of in the gospel. Rather than turn away from Christ or the cross, Angela consecrated herself to him as a Third Order Franciscan.

Just 20 years old, Angela did not wait to find a way to serve. Looking at the society around her, she saw the disorder in it and traced it to disorder in the family. One thing was especially problematic. In Italian society of the time, only the wealthiest girls received any kind of education; the vast majority received little or none. Angela wondered how these girls, the wives and mothers of the future, could ever grow up to be the first teachers of their children in the ways of the faith if the seeds of their own faith withered and died.

Inspired to action, Angela immediately converted her family home into a school and devoted herself to providing religious education to the young girls of the area. She was gentle, focused on the dignity of each girl as a unique person, and used persuasion over force. This was so effective that she was invited to the larger nearby town of Brescia so that she might more broadly and formally institute the same program throughout the area. Ultimately, Angela would go on to found the Ursulines, an order of consecrated virgins devoted to St. Ursula, whose mission it became to bring religious education to young girls. Her order was so successful that the Pope himself asked Angela to relocate to Rome. She declined, saying that she was devoted to the children of the rural country she called home and wished to remain there. This she did until her death in 1540. 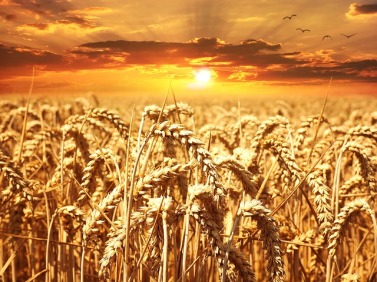 Angela Merici was a visionary; she saw what was invisible to everyone else. Where others saw the Italian countryside she saw the Kingdom of God; where they saw poor and middle class girls, Angela saw fertile ground waiting for seed. Christ asked her to sow and she obeyed. He asks no less of us. The Kingdom of God is here and now; the ground is fertile and plentiful. All our actions, for good and bad, fall like seeds into that ground. May we always remember what Saint Angela already knew, as given by the spiritual writer James Allen: “The law of the harvest is to reap more than you sow. Sow an act, and you reap a habit. Sow a habit and you reap a character. Sow a character and you reap a destiny.”

Saint Angela Merici, pray for us.

I am a life-long Catholic, father of 4, married many years. I serve as an ordained Deacon for the Diocese of Rockford, IL, at St. Elizabeth Ann Seton parish in Crystal Lake, IL. I was ordained in 2014.
Previous Post
Next Post