In the 17th century, Fr. Isaac Jogues and his companions were among the French Jesuit missionaries who ministered to the Huron, Iroquois, and Mohawk tribes in Canada and New York. To the natives they were “the Black Robes” and were seen at first as curiosities and perhaps nuisances; however, over time their gentle, loving, and helpful demeanor won over many Hurons.

The Hurons’ enemies, the Iroquois and Mohawks, were not as open-minded. Eventually, Fr. Jogues was taken captive by the Mohawks in upstate New York. Despite mutilating and breaking his body, his captors could not break his spirit. He was the prisoner who acted as though he was free; so implacably kind, so resolutely loving in the face of abuse that he became known as “the Indomitable One.” Slowly, he began to win them over. An elderly Mohawk even adopted him as her nephew.

When afforded an opportunity to escape, Father regained his freedom but did not enjoy it. In France he seemed to have achieved celebrity status, which he found distasteful. He quickly requested and received permission to return to Canada and New York, where he was soon assigned as ambassador to the Mohawks.

Although Father was anxious about this assignment, he left his fate in Christ’s hands. For a time the Mohawks were cordial and Father ministered to them. Sadly though, when the crops failed and illnesses set in among the tribe, he was blamed and again made a prisoner. While most of the Mohawks wanted him treated humanely, a small and hostile minority did not. Fr. Jogues suffered martyrdom at their hands at the age of 39 on October 18, 1646. 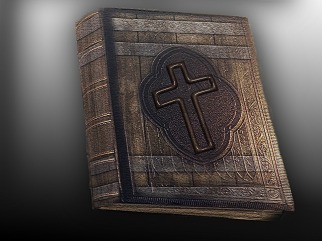 In Luke’s gospel, Jesus said this night your life will be demanded of you; and the things you have prepared, to whom will they belong? Thus will it be for the one who stores up treasure for himself but is not rich in what matters to God.

Father’s life of missionary service stands as a great testament to these words. In terms of possessions, he died with nothing; in what matters to God, he was the richest of men. Slowly, kindly, patiently, and lovingly he had amassed a fortune by preparing the hearts of these native people, for he knew that they all belonged to God, even the one who would demand and take his life.

Of this last point we have proof. Sometime after his death, a captured Mohawk warrior was identified by witnesses as Father’s killer. There was not enough hard evidence to convict him, so the missionaries had to set him free. However, the man told them that he had heard Father Jogues preach around the campfire and now wanted to be baptized. When asked what his Christian name would be, he said that he wanted to take the name of the “Indomitable One.” The warrior died not long after being baptized “Isaac Jogues.”

We will have the mind of St. Isaac Jogues, so totally patterned after the mind of Christ, when we can picture the two men named Isaac Jogues meeting in heaven, and can imagine the joy.

St. Isaac Jogues, pray for us.